Are My Pelvic Floor Muscles Are Doing Their Job Properly? EMG and Real-Time Ultrasound

It is the coordination and strength of these muscles that ensure their effectiveness. There are a number of ways to objectively assess the function and integrity of your PFM’s. These include both machine and non-machine based assessments. Machine based assessments include perineometry, EMG and Real-Time Ultrasound. Today’s blog will be discussing EMG and Real-Time Ultrasound. 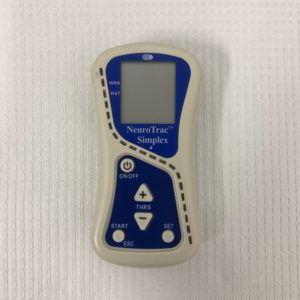 Electromyography (EMG) is a technique used to record the electrical activity produced by muscles. The machine is called a Electromyograph (easier to refer to as EMG). This machine has a probe attached to it which is inserted into the vagina to record the electrical activity produced by the PFM’s. My previous blog on Perineometry discusses the ways in which we can use a Peritron to assess PFM function. The EMG can be used in a similar way to determine the PFM’s resting activation, maximum contraction and endurance capability, however there are a number of pitfalls found in research. EMG works by having the probe in contact with the muscle surface but due to the probe’s size and shape, it is hard to be able to get this contact with the PFM’s. In addition, EMG can be affected by other muscles turning on when performing a PFM contraction such as your Gluts or even other electrical products nearby. Although Perineometry has been found by research to be superior in assessing PFM strength, EMG can be very helpful in other women’s health conditions like PFM overactivity. Since EMG can pick up the electrical activity of the PFM’s at rest, this can be helpful in identifying and treating women with overactive PFM’s and is better used for these conditions.

There are two types of Real Time Ultrasound (RTUS) which can be used to assess PFM function:

TP means that the probe is used over the Perineum. There are a few advantages of using TP-RTUS over TA-RTUS. Firstly, the patient and Physiotherapist can visualise the Bladder, Uterus and Rectum better. The Physiotherapist can also see bony landmarks to which they can base their assessment on, making it more reliable to assess for Prolapse and the PFM’s at rest, during a contraction and on maximal valsalva (bearing down). The main disadvantages of TP-RTUS are that you do have infection control issues, similar to that of doing an internal vaginal examination or using a Peritron or EMG, and that there are few Physiotherapists who are actually trained in it’s appropriate use.

TA means that the probe is used over the abdomen therefore contrary to TP-RTUS there are significantly fewer infection control issues. Research has shown that TA-RTUS has reasonable reliability in it’s use, however, due to the lack of bony landmarks it is less reliable at picking up the correct elevation of the PFM’s during a contraction. This particularly becomes an issue for women who have overactive PFM’s as when these women ‘squeeze and lift’ there may be minimal movement seen and therefore they may be mis-diagnosed as having ‘weak PFM’s’ due to the lack of or minimal movement seen. TA-RTUS is also an option for women who do not want any form of internal examination due to personal reasons and therefore can be an option in assessing PFM function. However, this should be seriously considered as the research shows that relying on this form of assessment alone is not good enough at assessing PFM function.

Here at Bend + Mend, we use non-machine based assessments (previous blog) and machine based assessments including Perineometry (Perineometry discussed in previous blog) and EMG to ensure the optimal assessment of your PFM function. If you are uncertain about how good your PFM function is then come and see Bonnie, our Women’s Health Physiotherapist at Bend + Mend Physiotherapy in Sydney’s CBD.

How Could Vaginal Weights And Cones Help My Pelvic Floor?

How Could Vaginal Weights And Cones Help My Pelvic Floor?