Femoroacetabular impingement (FAI), is a condition affecting the hip joint. The hip joint is a large ball and socket joint that permits a lot of movement, but also is a very strong joint that helps transfer the weight of the body down to the leg. FAI is characterised by extra bone growth which can be found on either side of the joint, or both sides, causing abnormal contact of the bony surfaces. At the end of the femur (thigh bone) we can develop more bone as the ball tapers into the tubular shaped ‘neck of the femur’. Instead of having a narrow tube shaped bone leading into the ball, the bone grows and thickens and therefore reduces the freedom of movement of the ball inside the socket as the neck of the femur butts into the edge of the socket. This type of FAI is termed as a “Cam Impingement”. The condition can also affect the socket of the joint which can grow larger creating a raised lip described as a “Pincer deformity”. This enlarged lip can envelop the ball and restrict movement as the extra bone of the socket impacts on the neck of the femur. In some cases there is both a Cam and a Pincer impingement which is termed Mixed Impingement.

How do we develop FAI?

There are a number of reasons people develop FAI. The main cause is natural wear and tear resulting in joint remodelling. This is often associated with hip osteoarthritis. Congenital issues also can cause FAI. These include congenital hip dislocation, Perthes disease and slipped capital femoral epithesis (SCFE) for example.

Who is more likely to get FAI is still up for debate. One study suggests it can affect up to 14% of the population, with men 4 times more likely to have an asymptomatic FAI than women. While another study which investigated the demographics of people receiving surgery for FAI and found 55% of patients were female at an average age of 28 years old. Natural wear and tear also plays a role in the development, the older we get the higher the likelihood of developing hip impingement.

What symptoms do you feel with FAI?

Fortunately the majority of cases are asymptomatic so we feel nothing and it doesn’t affect our day to day lives. For the select few, symptoms can include groin pain either sharp on activity, or a deep ache. Front of hip pain and side of hip pain are also described in the literature, with pain referring to the front of the thigh.

Pain is usually aggravated by flexing the hip and rotating. For example

How is FAI diagnosed?

Clinically we look for a number of movement patterns. Biomechanical analysis of walking and squatting are indicative of FAI. We also look for both stiffness and pain. A patient will describe being aggravated by movements involving hip flexion and rotation like those listed above. We review other structures which have similar pain patterns, including the lumbar spine and sacroiliac joint to rule out these structures as the pain source.

Testing in the Physio clinic includes a barrage of movement screens in both standing and lying to assess the weight bearing influence of the joint. Provocation tests which put the hip into flexed and rotated positions give us a clear idea on irritation, while flexibility tests are used in diagnosis.

An X-ray is then used to confirm the diagnosis.

As 14% of the population has non symptomatic FAI we try not to x-ray as a first line test to both reduce the chance of misdiagnosis, and minimise unwarranted radiation exposure.

How do we treat FAI?

Conservative treatment with a Physio can sometimes be simple, sometimes complex. No two cases are the same. The primary focus is on pain reduction and this where the hands-on treatment comes in. Popular with some is movement based stretches which we sometimes use a Physio belt to assist with. While less popular is the trigger point release – just ask any of my patients who will tell you the short term pain, but make sure they get to the part about long term gain!

As the majority of cases involve pain in certain movements, activity modification is important in reducing things that provoke the pain. Conservative treatment will not change the bony maladaptations so persisting with pushing to the painful limits of flexibility may not be wise. Instead changing our technique for painful things like getting in and out of a car, sitting on the sofa and yes even getting up from the toilet is encouraged.

Strengthening muscles around the hip is equally important. The hip is a complex joint controlled by large powerful muscles which help us move, and smaller stabilising muscles which keep us balanced. Often there is an imbalance in the activity of these muscles. Typically the hip flexors become tighter, while the gluteals become weaker. Through a thorough strength assessment we develop a strengthening program to help restore joint control which therefore helps reduce pain. Often I tell patients this is the hardest part as strengthening any muscle group takes time and effort. You can expect a strength program to take anywhere between 8 and 12 weeks or more.

If you have hip pain either long or short term and would like this checked by our friendly experienced Physio book in to see us at Bend + Mend Barangaroo, Circular Quay, Darling Park or Martin Place. Our Physio’s can help with the pain and dysfunction you might have associated with your FAI. 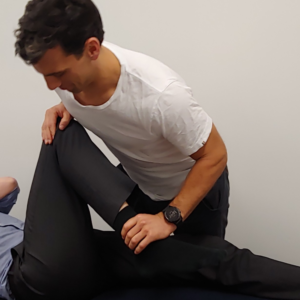 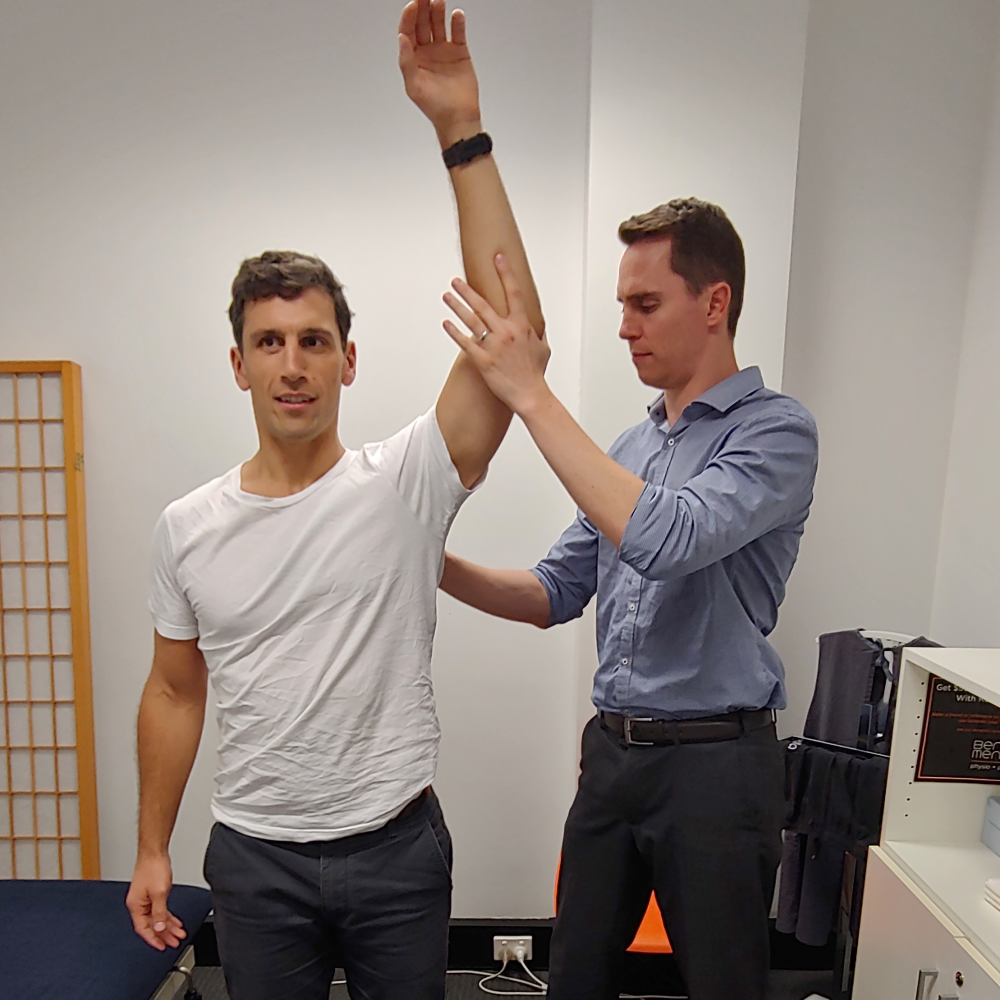 What Is Swimmers Shoulder?

What Is Swimmers Shoulder?