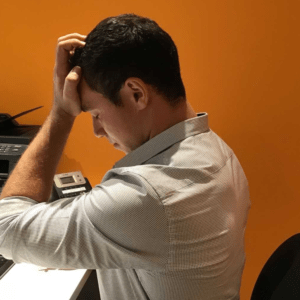 Some of the most popular sports in Australia including AFL, Rugby League and Rugby Union have among the highest rates of concussion of any team sports in the world. The reported incidence of concussion in these sports ranges from about 3–10 concussive injuries per 1000 player hours.

Concussion is defined as a ‘complex pathophysiological process affecting the brain, induced by biomechanical forces’. It is characterised by a graded set of neurological symptoms and signs that typically occur and resolve quickly over time. However, the recovery process can vary greatly between person’s and injuries.

Currently we do not understand the pathophysiology of concussion well. The present consensus is that the injury reflects a physiological disturbance (eg. neurochemical, metabolic or gene expression changes) rather than a structural injury to the brain.

Potential complications of concussion in sport:

The majority of concussion cases in sport recover without further issue within 10–14 days of injury, although a number of varying complications have been reported. Risk factors for complications or adverse outcomes following concussion in sport remain unclear. It has been suggested that genetic factors play an integral role, however the current consensus is that early return to play and subsequent second injury before the athlete has completely recovered from the initial concussion may lead to poorer outcomes.

What To expect From A Bend + Mend Workplace Ergonomic Assessment

What To expect From A Bend + Mend Workplace Ergonomic Assessment