When you hear the term “eccentric Nordic hamstring strengthening exercises”, you could be forgiven if the image of a rough looking Viking in a leather tunic and a bull-horned helmet doing dead-lifts struck you; but no, there may be more to their thunder thighs than that.

Eccentrically-loaded muscle exercises form tension through a muscle while it lengthens, which is different to concentric muscle exercise where the muscle shortens while it produces force. It’s like lowering a large trunk out of the first floor window using a rope to ease the load down safely to the ground floor. Eccentric loading of muscle and tendon has been shown to have beneficial effects in the management of different conditions, in particular, tendinopathies. However, due to the functional nature of this type of exercise, your Physiotherapist will often include this type of loading into your rehabilitation programme in order to progress the strengthening of a muscle.

As the winter sports season has well and truly arrived, so too have the hamstring injuries into our Sydney CBD clinics, and this means that the eccentric/Nordic hamstring exercises are on high-rotation. They are usually used later in someone’s programme due to the tougher nature of the exercise, but may be introduced earlier if in a modified form.

NB: these exercises will work your muscles harder than you think and harder than you initially feel they are being worked, so start with a small range and only a few reps.

Here’s a video of a more advanced stage of this exercise; however, note very well this person’s bad form when performing the exercise in the lower ranges. His trunk no longer stays in line with his thighs and he places a very large load through his lower back. He needs a Physio guiding him I think! Not to be tried at home!

Mark graduated from the University of Sydney in 1996 and has been working in the field of Musculoskeletal Physiotherapy since.  This is his 19th year in Sydney’s CBD, having originally set up Bend + Mend in 2003.  He completed his postgraduate Masters Degree in Manipulative Physiotherapy, which he uses both at work in his treatment of patients, and at home in trying to manage his 3 children, although he’s generally the one being manipulated!  Mark is currently completing a PhD in diagnostics in physiotherapy.  He has a wealth of experience in both Sports and Spinal Physiotherapy. Mark is happy to see patients at Bend + Mend | Martin Place. 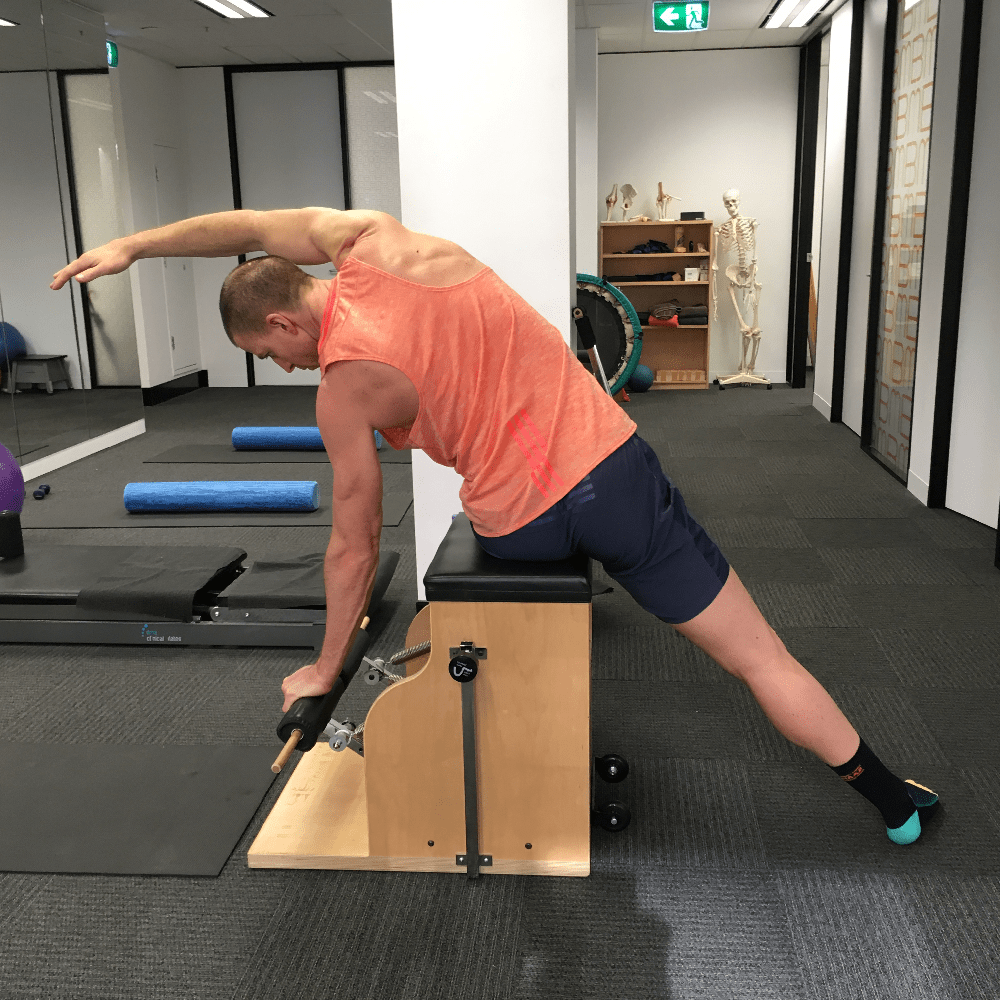 Pilates: Not Just For Skirts

Pilates: Not Just For Skirts