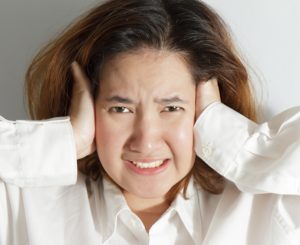 BPPV or Benign Paroxysmal Positional Vertigo is a disorder of the vestibular system that can affect anyone. Vertigo can be described as a kind of dizziness that makes it feel like everything is spinning around or moving around you which can cause you to feel nausea, light headed or faint.

BPPV is most common in young people due to head injury and in older people due to degeneration of the vestibular system of the inner ear. Symptoms of BPPV include suddenly feeling very dizzy when standing up or moving your head, you may even experience it when walking or lying down. Basically any action that involves movement of the head! Vertigo is often accompanied with nausea that can often last longer than the lightheaded symptom itself. These attacks of vertigo can be signs of many different underlying medical conditions that are not always easy to diagnose, BUT BPPV is one type of vertigo that Physiotherapists can diagnose and treat.

So what is the underlying cause of these symptoms? BPPV can be caused by various reasons such as inflammation of the inner ear which is where the vestibular system is located. The vestibular system provides the primary contribution of balance and orientation with the soul purpose of coordinating movement and balance. Inside the vestibular system there is an internal system called the semicircular canal system that exists to detect rotational movement. A possible cause of BPPV is said to come from crystal-like deposits inside the semicircular canals of the inner ear. These fluid filled canals are part of the organ balance and when the crystals are dislodged, or if they get stuck when the head changes position, these crystals create symptoms of vertigo such as dizziness and nausea.

So how do Physios treat BPPV? Firstly, if nausea is experienced with the vertigo, patients may take some sort of nausea medication to reduce those symptoms. If the vertigo is being cause by the crystals in the inner ear then a very simple and effective treatment called the Epley Manoeuvre may fix the problem. This manoeuvre basically involves moving your head and body into certain positions with the aim of dislodging these crystals so that they freely move within the semi circular canals once a again.  It also aims to move the particles to a less sensitive part of the ear. The Epley Manoeuvre can an effective treatment for BPPV.

So if you have experienced vertigo, dizziness or nausea we as Physiotherapists may be able to help you! Book in and mention that you would like treatment for BPPV when booking.